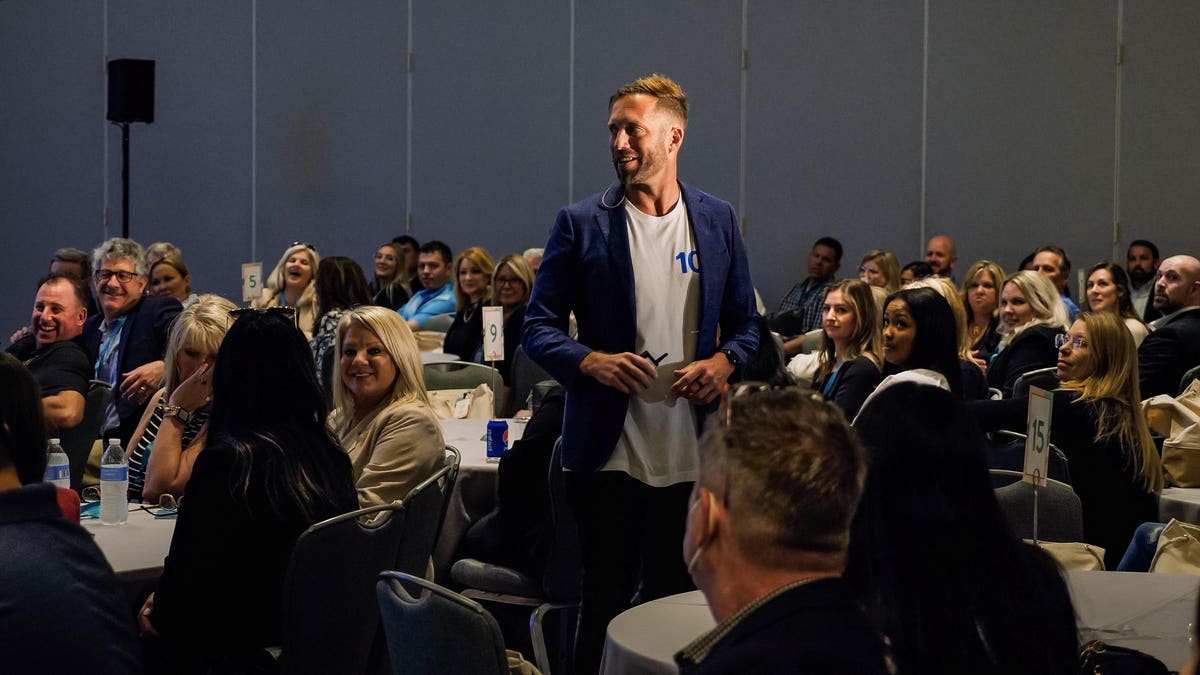 Their story begins as the start of the hit musical Mama Mia. Three men – Seb, Todd and Ian – were asked to be witnesses at the same wedding. In this case, the invitations had nothing to do with possible fatherhood, but rather reflected the three different stages of life that the recipients testified to. As in the musical, the three men got down to talking about their own lives and careers. This resulted in two of them, Seb Terry and Todd Duncango into business together.

Seb was a motivational speaker from Australia, residing in the United States, Todd was an educator living in the United Kingdom. Seb had already written a book called 100 things, what’s on your list? He was still working on his own list, which he had compiled after hearing about the loss of a close friend. For example, when the book was published, he had already married a stranger in Las Vegas, visited a death row inmate, and parachuted naked, while he had yet to join a cattle herd, worked in an orphanage or crossed a desert.

Todd’s background is in coaching and development, earning a top-notch degree in education and applying it over the past 14 years in schools, elite sports and corporate environments. He brings his experience in the small business and public sector fields. He was also a founding member of the UK’s first Free State Boarding School, an initiative that introduced students in inner-city London to a style of education normally reserved for the wealthiest 7% of population.

The idea shared by Seb and Todd – perhaps inspired by their wedding host wanting to value the three stages of life he had lived so far – was to go upstream of Seb’s emphasis on the lists. What if they could also help a person see what major concerns they were facing in their own life? Would they be able to help more people make lists of what they would like to do? Would that in turn contribute to how people acted on those lists? Could they also be able to organize group programs, where people could both share their life concerns and get to work on their lists? How cool would that be?

Michael B. Arthur: So what do you offer now?

Seb Terry: We act as a catalyst for people to start considering really important aspects of their lives and, in addition, to set goals. We like to position ourselves as a business organization that provides an eight-step process to help people complete a list of goals and then take action on those goals. We started with a program just for individuals to come and work there whenever they wanted. However, we quickly realized that we had a good base to make it a group program.

Todd Duncan: We have developed a comprehensive goal setting and goal achievement process. In addition, goal setting is completely autonomous. Rather than suggesting or telling someone to do something, we empower them to outline the areas of their life that really matter, both professional and personal, and in turn create goals to reinforce those areas. or keep them strong. We were doing this with individuals, then started creating communities of people working together involving “responsibility calls” and other prompts for everyone to work on their goals.

Terri: Then we decided to do it also in a corporate setting, promote well-being in the workplace. We encouraged employee teams to develop goals so they understood what they wanted to achieve in life, why they earned a salary, what they spent their salary on, what steps they wanted to take professionally and what goals they chose to continue. It was great to see how well people work together and how the accountability calls they make to each other lead to individual progress.

Arthur: How long does the whole process take?

Duke: We use a 21-30 day format to release full content and encourage teams to come together. They may or may not belong to the same department. Once the team is established, they receive lessons and receive challenges, as well as 45-minute zoom calls that we run once a week. They share information with each other and we are both there to answer any questions, prepare them for their next tasks and give them any advice they might need. This takes about a week of a participant’s time in addition to 45-minute Zoom calls.

Arthur: This seems very different from traditional talent management, which was, and often still is, about conveying strategic goals.

Terri: That is, when people talk about personal goals and not just organizational goals? We have what is called the “wheel of life” which has twelve spokes which represent what may be important to someone – things like personal challenge, romantic love, family and key relationships, giving back And so on. People determine which of the rays are most important to them before taking action. It’s much broader than just thinking of an employer-employee relationship. We recently received this email from one of our clients saying that six weeks is not a lifetime. But so far, she had seven things she had already done, including trying life without recreational drinks; read two great books; create several works of art to give as gifts and learn how to use architectural software.

Arthur: Did you mention “accountability calls”?

Terri: We’re starting to see a really good crossover between the personal and the professional, and realizing that the accountability group is a really important part of the course. This is where everyone connects with each other on a much deeper level than before. There is an element of promotion and nurturing, almost creation, of internal working relationships and mutual motivation to succeed. So after our programs end, people continue to make accountability calls. It’s a beautiful thing to see.

Duke: The reason for including personal goals is to try to make workplaces more mutually beneficial for both parties. We’ve heard of big quits and of employees, especially younger ones, wanting more sense of who they really are and what the job means to them. Our approach allows them to share this with their co-workers, their direct superior or whoever. “These are the things I try to do in my life” or “I earn a salary to support these things in my life” or “The work is wonderful and fulfilling, but there are other things I try to do with my life.” We are looking for a job to balance our personal and professional activities.

Arthur: How long have you been offering this to businesses rather than individuals, and have you had any negative feedback?

Terri: We started 12 months ago. After every keynote a company says, people say, “That’s great, how can we get our people to get things done now?” Because essentially it’s not about bucket lists, it’s something deeper, about understanding values ​​– of an individual, a family, or the values ​​of a workplace. So the principles and patterns of this goal setting aren’t about saying, “Hey everyone, go jump out of a plane,” they’re about coming up with meaningful and relevant goals. There hasn’t been a lot of backtracking. Rather, we’ve seen huge interest, we see this as a great tool to drive engagement and show staff that we’re here for the long haul. We just spoke with an employer who wanted to help someone leave, if that was what they wanted.

Arthur: What about diversity, equity and inclusion?

Duke: We brought together people who wouldn’t usually meet. Zoom calls get them talking and building relationships across racial, gender and social differences. A lady of color we worked with just launched her own personal branding website and is also starting a journal. She discusses all of these things in her weekly accountability groups. An African-American male has just been put in touch with a financial advisor linked to our service. Gay people were open and found support. People come to our programs from different backgrounds, but they are all equal when working together.

Seb Terry and Todd Duncan come neither from a dominant psychological view of careers nor from a traditional employer-focused talent management perspective. They have made their way upstream from helping individuals write lists to promoting corporate wellness. They have fun working together and sound like they generate fun for the participants in their programs. What can they do for you?