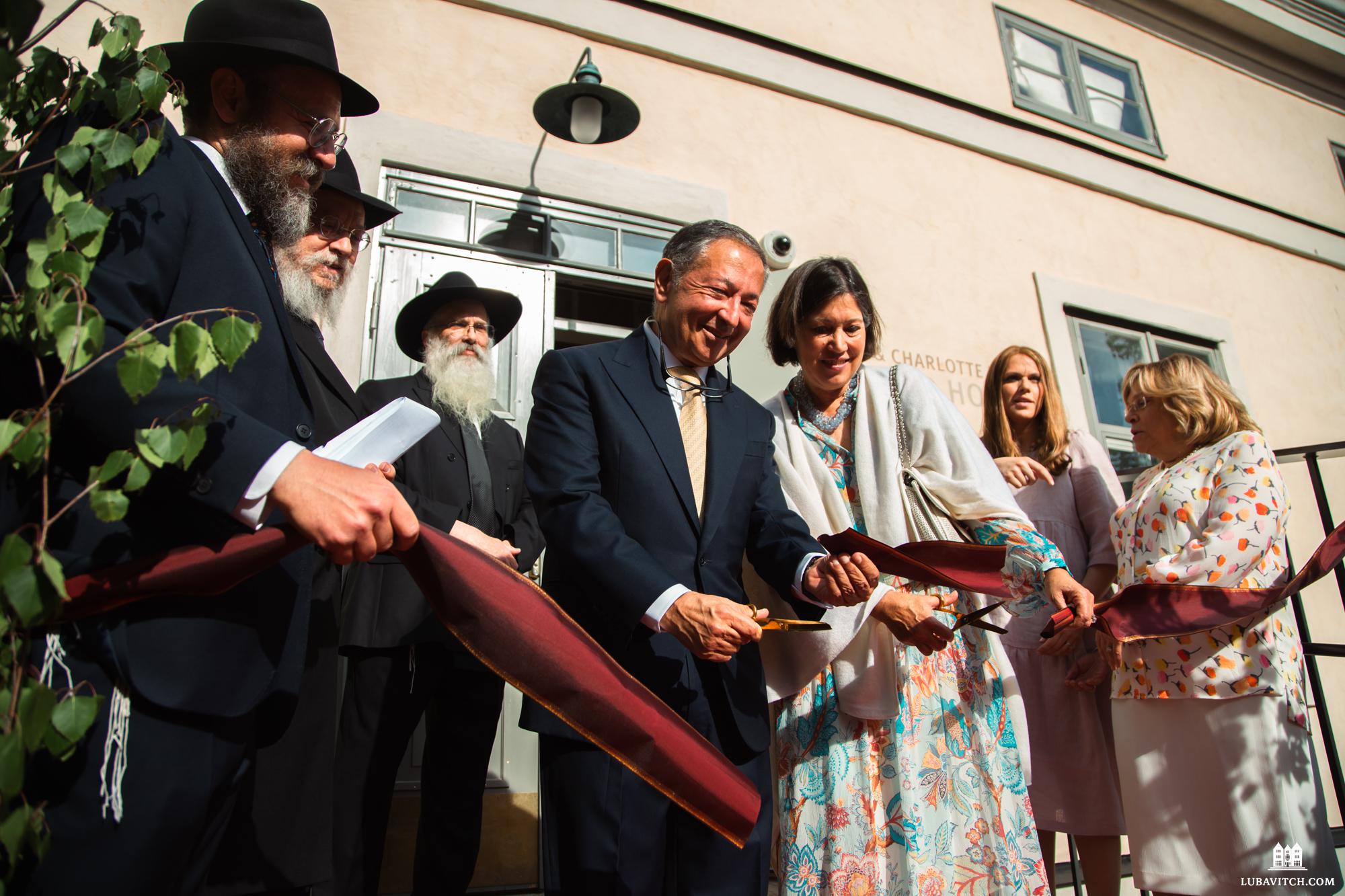 The second oldest building in Finland is the newest Chabad Center

The Jewish community of Helsinki gathered in front of Finland’s second oldest building on a beautiful day in late June. Right in front of the Presidential Palace in Helsinki, supporters from all over the world joined us. The path leading to the building’s elegant entrance was covered with red carpet and a simple ribbon hung behind the dais where the Rabbanit Ita Wolff was talking. She smiled. This day had been long in coming.

Built on the site of an old Russian fort, the gleaming stone architecture of 3 Mariankatu Street is simple and elegant. Its walls housed a customs house in 1765, but after two centuries of constant use, the foundation threatened to give way and cracks in these walls were growing. Lucky for the old stone walls, Rabbi benyomin and Ita Wolff’s community in Chabad, Finland ran out of space for the sixth time and saw an opportunity behind the cracks.

When the Wolffs arrived in Finland in 2003, they opened their home to host programs for the Jewish community. “Back then, we would roll the office out of the living room before Shabbat to make room for everyone,” Rabbi Wolff recalled. They opened a preschool, ran a summer camp, and hosted countless holiday events and Shabbat meals.

Helsinki’s Jewish community is well established and has a long and unique history. Most families trace their lineage to cantists, Jewish soldiers forced to serve in the Tsar’s army who settled here after their service. But Chabad has brought new ideas to the 150-year-old community and built a warm home for Jews of all stripes. The President of the Jewish Community Yaron Nadbornik says the Wolffs have brought “a growth mindset” to Helsinki. “Chabad has added value to the community,” he said. “They have done a wonderful job of finding the ‘lost Jews’.”

In 2015, after two decades of renting out various ever-smaller spaces, Chabad set his sights on a permanent home. “They say, ‘Build, and they will come,’ but Ganon Chaya preschoolers, Hebrew school students, parents who have come to our classes, and tourists looking for a familiar face , they all came, and we still needed a building,” says Ita Wolff. With maintenance costs skyrocketing for the struggling structure at 3 Mariankatu St., the city of Helsinki was happy to sell it. “The building needed a lot of work, and we signed up for a big project,” Rabbi Wolff said.

To cover the initial funds needed to finance the laborious and expensive renovation process, Rabbanit Wolff contacted an old family friend from Bogota, Colombia. Ita grew up in Bogota, where she says she “learned to love Charlotte Rohr as a grandmother.

“When my parents moved there as Chabad emissaries from America, it was a foreign culture for them,” Ita says. But Señora Charlotte welcomed them into the community, and on the day Ita was born she delivered a gift box of clothes for a little girl with a ribbon. All these years later, Charlotte and her husband Sami were the ones who pledged the crucial support that made Finland’s new Chabad homeland a reality.

It took half a decade and seven million dollars to completely renovate the new building. But the result is spectacular. The new Chabad Center retains all of its 18th century splendour. It has a royal dining room, a commercial kitchen and a lounge area that feels like home. “People ask me, ‘Do you live here?'” Rabbi Wolff said, “We wanted it to be very intimate and less like an organization.” There’s also a small synagogue, a planned museum of Finland’s Jewish history, offices, and plenty of space for Ganon Chaya’s classes and children.

Standing behind the dais during the inauguration ceremony on June 23, Rabbanit Wolff watched the host of friendly faces Chabad had touched over the years and reflected on how far they had come. Sami and Charlotte’s son, Mr. george rohr cut the symbolic ribbon and a parade of smiling children holding balloons paraded happily through the front door of the new centre.

Chabad of Finland finally has a permanent home and a bright future.