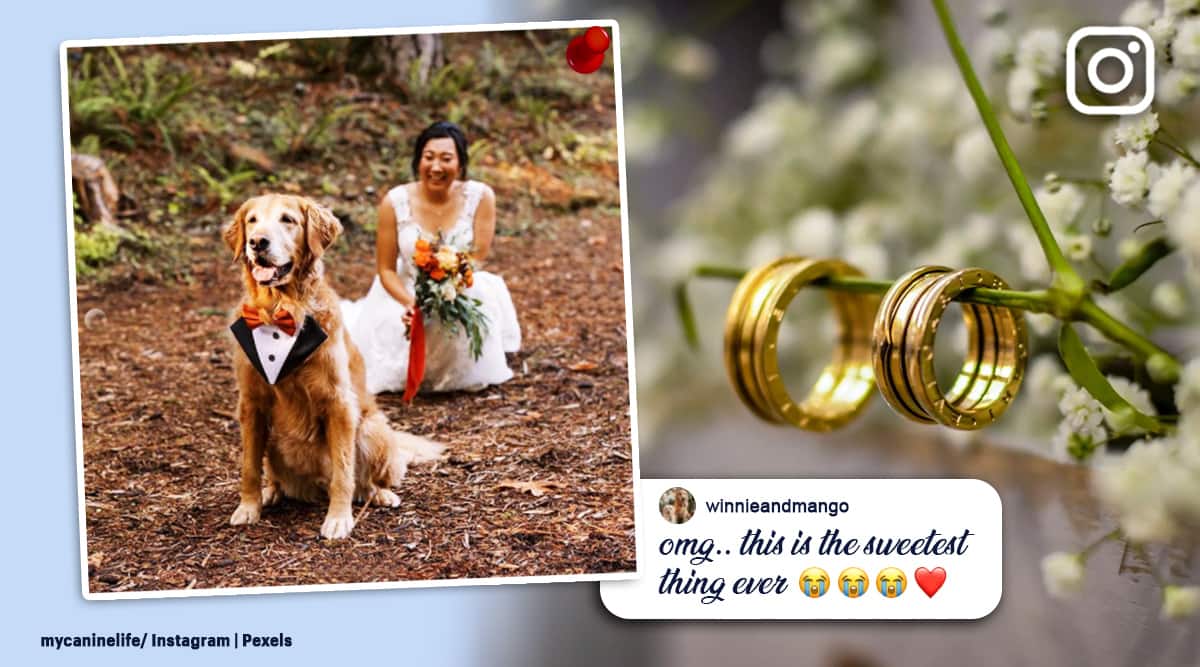 The photos of the â€œfirst glimpseâ€ on the wedding day are always very special, as they never fail to capture the raw emotions and love of the couple. However, an American bride is making waves online after choosing to create them with her dog instead of her husband. Of course, the pictures are adorable and people keep pouring love for them.

Hana Kim recently tied the knot with longtime beau Jarad Brickman in an intimate ceremony in the woods of Camp Colton, Ore. However, what caught everyone’s attention online were her first images with her furry partner, Gumbo.

Wearing a chic white wedding dress, Kim was seen arriving with her bouquet in hand as the dog stood at a distance. Wearing a wreath of flowers around his neck, the golden retriever looked visibly happy when he finally caught sight of the bride. Delighted to see Kim in her wedding attire, the dog ran and greeted her with kisses, as seen in the photos.

Sharing the photos, Kim wrote on her pet Instagram account: â€œ’I want a first glimpse with my dog.’ Basically the only request I have had for my whole day.

Wedding photographer Stephanie Nachtrab, who captured the moment, dubbed it “the sweetest thing” he “ever documented.” Commenting on the bride’s bond with the dog, Nachtrab added, â€œI am so honored to have been able to catch a glimpse of what he means to her. As Gumbo would say: “I am so happy to have married my mother today!”

The newlyweds posed with their three dogs, Maple, Gumbo and Aslan (left to right).

The Oregon couple who met because of their dogs in 2014 made sure their furry friends were an integral part of their nuptials. From the first glance to the wedding favors featuring the faces of their dogs and even the ring bearer, almost everything had four-legged members involved on their special day.

Internet users, especially parents of pets, could understand the bride’s feelings, and many praised her for this unique idea. They said it inspired them to recreate the special moment with their pets at their wedding.

Here is how internet users reacted to the first photos: