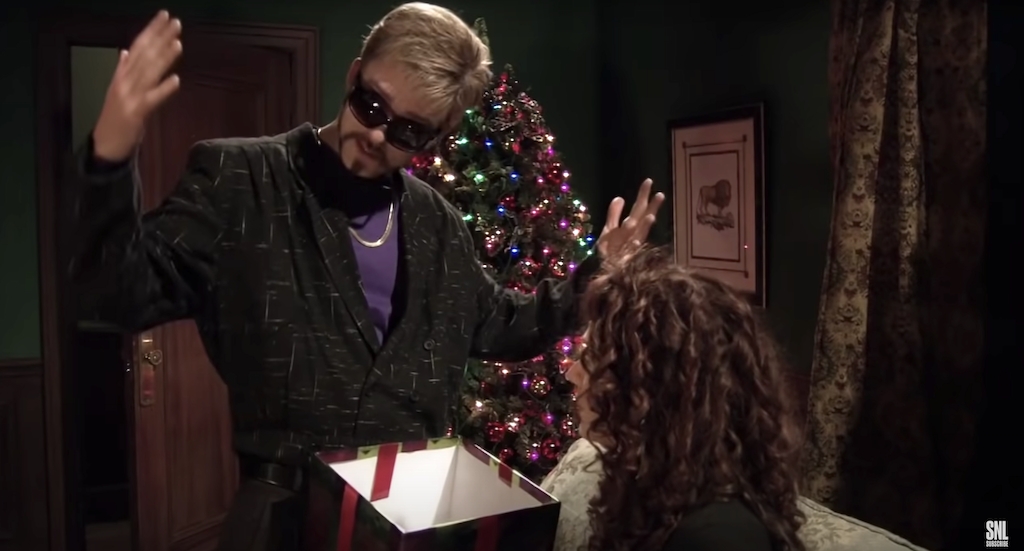 What do you do when your live show has to be drastically changed at the last minute? That’s what SNL staff must have wondered as the Omicron variant trampled across New York City, shattering daily case records almost two years after the start of the pandemic. Just hours before the show aired, it was revealed that they were sending almost everyone home out of caution. (This included musical guest Charli XCX.) Only two cast members, Michael Che and Keenan Thompson, remained. Host Paul Rudd showed up, mainly to get his “Five Timers Club” dress from Tom Hanks and Tina Fey.

The rest of the episode was a mix of pre-recorded sketches that they had filmed throughout the week, as well as older sketches chosen almost at random. Among the first was one where an older and stranded Pete Davidson goes Robert De Niro towards the end of Angry bull.

The rest? Well there was “D * ck in a Box”, the beloved musical number starring Justin Timberlake and Andy Samberg. (Hey, it’s about gift giving and there are Christmas trees!) There was Ryan Gosling in a 2015 skit about elves.

Steve Martin, another member of the Five Timer Club monologue, in 1990 said his various holiday wishes, not very gracious.

There was Paul McCartney who teamed up with Martin Sheen for a 2012 sketch that also features outgoing Jason Sudeikis and then-debutant Cecily Strong.

There was Eddie Murphy’s triumphant Christmas skit SNL return from 2019.

And there was, of course, perhaps TV Funhouse’s finest achievement: “Christmas for the Jews.”

There was also a sketch not found on the Internet: “Global Warming Christmas Special”, one of Hanks’ favorites, from 1990, in which Carl Sagan (Mike Myers) hosts a holiday show devoted to the erosion of the planet. due to a slow preventable cataclysm that everyone thought we would take care of 30 years later. Hanks plays a very drunk Dean Martin and Dana Carvey pulls out her excellent portrayal of McCartney as a babbling freak. Looks like you must have logged in last night to catch it, alas.