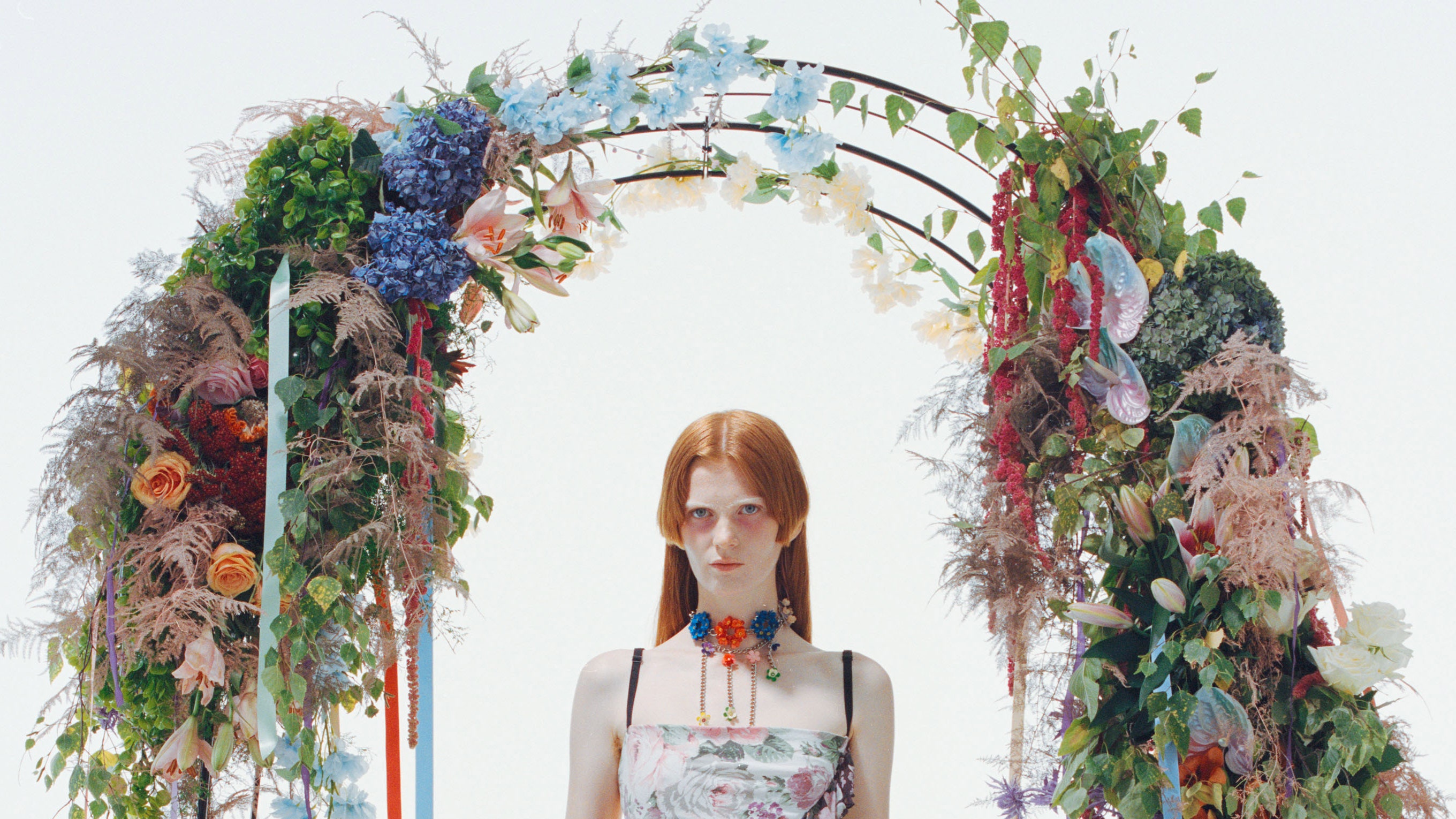 Rave Review flipped the script on Swedish summer solstice traditions when crafting their Spring 2023 collection. Tradition has it that a young girl would dream of her future husband if she slept with seven flowers under her pillow the night before the Saint-Jean. Instead, Josephine Bergqvist and Livia Schück dreamed up day-after looks for a woman who might not have slept alone and most likely would have borrowed her lover’s bed linen.

The duo launched their upcycling line five years ago and for this 11th collection, the idea was to focus on the brand’s signatures in terms of cut, silhouette and materials. To that end, the spring lineup included what Bergqvist described as “heritage” Swedish bedding with a “very romantic worn vibe”, which was also used for their debut. It’s no surprise love and chintz are in the spotlight at Rave Review, Bergqvist recently married, in an upcycled look for her own line, of course. Her wedding florist worked with a set designer to create the floral arch used in the collection’s look book.

Playing on the beauty of the looks, the designers’ use of ruffles for wovens and stretch lace with flower prints, countered by the jerky rhythms created by the collage effect of spiral and panel cuts that Bergqvist and Schück have developed to be able to work with limited volumes. series of vintage and unsold fabrics. (This season, Rave Review also used new materials made from recycled fibers.) The designers’ decision to dye crochet tablecloths and other materials an acid yellow also helped things not get saccharine, so did keeping denim and their signature plaids in the mix.

This was a dress-focused release from Rave Review, and the relative simplicity of the ruched, zippered coat dresses might tempt new customers; short jacket and skirt sets were more demanding and less convincing; less raw than overexposed. Bra-like straps on a flirty mini dress with a side train gave it a touch of 90s vibe; dazzling Bebe-style logo tees played straight on the Y2K-loving crowd, as did the crescent-shaped bags. These sparkles were more effectively used as surface decorations on printed fabrics, a new development.

As their work uses vintage materials, Bergqvist and Schück have always maintained that their pieces have a kind of built-in nostalgia. On top of that, much of their output taps into their own youthful experiences. The spring collection was a little more meta, in that it looked back on five years of work. One of the most personal touches was the jewellery, assembled from old “Majblomman” (Mayflower) pendants that the designers, as schoolgirls, sold to raise funds for a charity established there. now 115 years to end child poverty. What a lovely way to gild the lily.