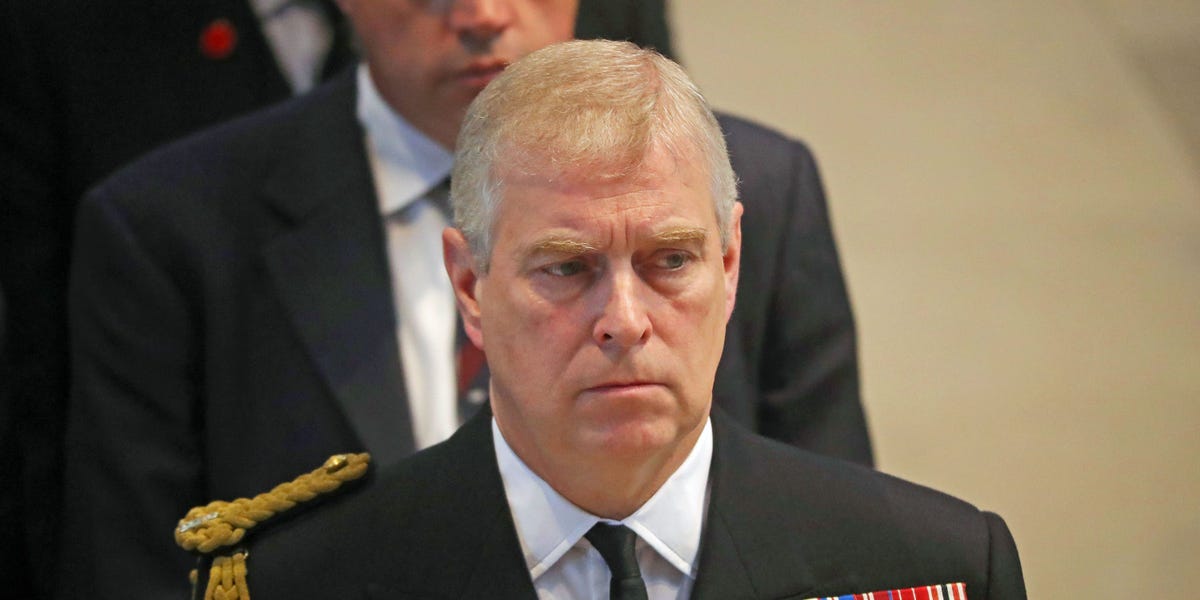 Prince Andrew has a collection of teddy bears, the former royal maid has claimed

A former Buckingham Palace maid told The Sun she had undergone a full day of training on how to organize herself Prince Andrew’s teddy bear collection before going to bed.

Charlotte Briggs, who told the publication she worked for the Royal Household in the 1990s when she was 21, said she learned how to organize the Duke of York’s collection of soft toys shortly after getting the job. Briggs, now 47, said she would spend up to 30 minutes a night arranging them according to Andrew’s preferences.

Andrew would have been 35 in 1995, when Briggs said she worked for the palace. His claims also follow those of the royal expert Ingrid Seward, who told The Sun she saw about “a dozen teddy bears” on her bed during a visit to her then-wife Sarah Ferguson in 1990.

Your Magazine’s Elizabeth Day previously wrote that he met an “oversized teddy bear” while waiting to interview Andrew at his Buckingham Palace apartment in 2009, which he told her was a wedding present from Ferguson.

“I remember him finding it extremely funny, even many years after the event. It seemed rather strange to me that a grown man would be so amused by the presence of a stuffed toy,” Day wrote.

But according to Briggs’ interview with The Sun’s Paul Sims, maintaining the teddy bear collection was a very serious task.

“As soon as I got the job, I was told about the teddies and told how he wanted them,” she said. “I even had a training day. Everything had to be perfect. It was so special.”

“But he loved the teddies and was very clear about how he wanted them arranged,” said Briggs, who also told The Sun Andrew once ‘laughed’ after hearing she had been bitten by his dog, added.

Briggs said Andrew would lose his temper if the plush toys, most of which were dressed as sailors, weren’t in the specific locations he wanted them to be.

Representatives for Andrew declined to comment for this article.

“It took me half an hour to arrange them – the weirdest thing to pay for,” she added. “Then at bedtime, I had to remove all the teddy bears and arrange them in the room. They each had a fixed place. We had to stack the little ones in an unused chimney, always in order of size, to make them look pretty. “

Paul Page, a former royal protection officer interviewed in the ITV documentary “Ghislaine, Prince Andrew and the paedophile” which aired in the UK last week, also said Andrew kept “about 50 or 60 stuffed toys” on his bed.

The documentary explores the relationship between Andrew, deceased convicted pedophile Jeffrey Epstein and Ghislaine Maxwell, a British socialite convicted of five of six sex trafficking charges in December. It comes as the Duke of York, who is currently facing a civil trial over sexual assault charges brought by Virginia Giuffre, has been stripped of his honorary military titles and patronage. Andrew has always rejected Giuffre’s claims.

Page, who worked for the palace for six years and was jailed in 2009 for his involvement in a £3m, just over $4m property scam according to The Independentsaid there was a laminated card for Andrew’s staff with an image showing where the bears should be placed.

“If these bears weren’t put back in the right order by the housekeepers, he would squeal and howl and become verbally abusive,” Page alleged in the film.

Speaking to Insider on Thursday, Page said staff at the royal household, including maids at Buckingham Palace, were afraid to press charges against Andrew’s behavior because he was the ‘favourite son’. of the Queen. He said staff would be seen as “troublemakers” and could potentially lose their jobs if they spoke out.

He called the Duke of York a “tyrant” who has “terrorized the people of the palace for 30 to 40 years”.

Buckingham Palace did not immediately respond to Insider’s request for comment.