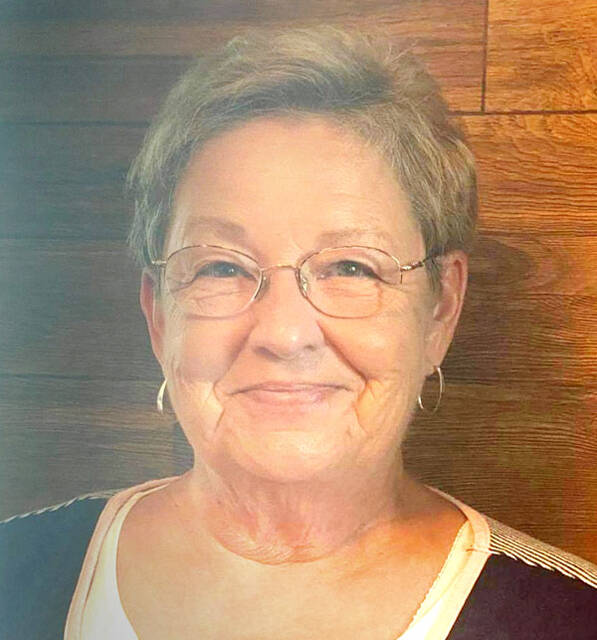 Marriage and Infaration | Defender of the People

This week we will have a look at the preparations for the 1861 wedding of William Ralston, the younger brother of Eleanor Ann and his wife, Mary Jane Finley Davis, daughter of Peter and Griselda “Bisey” (Wickerham) Davis. If you remember, Eleanor Ann was the wife of John Milligan Wickerham. After their marriage, they moved to County Pike, but returned to “The Ridge” a few years later after the loss of their first two daughters.

Eleanor Ann (Ralston) Wickerham (1825-1891) was a woman of great self-control. No one had ever heard her use a more explosive epithet than, â€œOh, my dear! When things were terribly wrong. That day, however, when little Lois Ann and little Candace, swinging on the doors of the corner cabinet, knocked the entire closet and its contents down on themselves, she broke all records.

After removing the children, washing the eggs, cornmeal, buttermilk, sauerkraut, etc. of their hair and eyes, tested them for broken bones and found that they had been miraculously spared from death by a chair holding the closet from crushing them, she suddenly sat down, inspected the mess and s ‘exclaimed loudly:’ Oh, my God! Dear! dear! â€Then she cried.

It is doubtful that even all this calamity caused this extraordinary explosion, but her brother, William Ralston, is getting married next week to her husband John (Wickerham), niece, Mary Jane Davis. Eleanor and John each had great aunts who were quite wealthy, both coming to the wedding. Jane Baker, John’s aunt, lived in New York. Her stories were always fascinating and her visits were eagerly awaited, even though she had never brought gifts. Gifts from wealthy relatives were neither expected nor desired, although he was permitted to give to the needy. After all, poverty was a relative thing. After listening to Aunt Jane’s stories about what she saw in New York City, Eleanor Ann always had a renewed sense of satisfied security.

Other parents said that Jane was spending her husband’s fortune in a unique way. Instead of throwing away table scraps, she had a neat, watertight cupboard made and placed at the back of her house and near the alley. Every day, she prepared hearty meals so that she had plenty of leftovers to put in her closet. She had started this practice after seeing poor people take food from her trash.

Eleanor Ann’s great-aunt Marion (Ronalds) Reid (on her father’s side) was from Xenia. Marion was almost twenty-five years younger than her sister Nancy, Eleanor Ann’s grandmother, Nancy (Ronalds) Ralston. She was known to all nieces and nephews as Aunt “Peggy”. She and her husband, Robert Reid, had lived here when they were children.

Eleanor Ann was not ashamed of her humble cottage which consisted of two beautiful large plaster rooms on the ground floor and two small, comfortable bedrooms in the attic upstairs. They were finished, not just bare rafters like many small loft rooms in the house. She could fix it to be very attractive with the company’s quilts and linens. The table set with its pretty wedding dishes has always provided a note of elegant simplicity. A few shiny, woven rugs, kept for special occasions, gave an atmosphere of conviviality. Now it had happened, there was not a whole dish left! One thing was certain: none of the wealthy aunts were to know about this misfortune.

The preparations for this Gaileyite wedding had been underway for days. Many beautiful old dresses of heavy silk and even real lace passed down from generation to generation, as well as pretty muslins of more recent date, were in the trunks. On wedding occasions, the trousseaux were often assembled entirely from rich and ancient leftover materials. This bride would look lovely in such a trousseau with her curly red hair and peach and cream complexion.

Men were not to be outdone in the Scottish economy by the ladies. Always, they kept a better Sabbath costume. Many times the wedding costume was the best of the Sabbath for a lifetime if the figure allowed it. It is unlikely that a community of the same financial status could have presented a better dressed wedding scene.

Girls in their early teens wanted hoop skirts like their mothers and big sisters. When there was not enough rattan, they would go into the woods and select slender vines as substitutes. Resplendent in their pretty flowered muslins with vine hoops, they also shone with their elders in their silks.

Eleanor Ann entertained their great-aunts over afternoon tea with borrowed food and an inherent serenity. She was grateful that there were so many parents that this brief entertainment was all we expected. Afternoon teas were traditional and enjoyed although there were times in the post-war (Civil War) years when sassafras or spicewood was the substance of the brew and a bit of corn apple replaced the seed cakes.

The infare was to take place at the home of the parents of the bride (Peter & Bisey Davis). Two ladies were preparing a turkey dinner for forty guests. The kids had been partying inside and out until these cooks got angry. The cooking was in progress with two large fireplaces, one in the immense kitchen of this large, old brick house which also served as a dining room; the other was in the living room.

Four turkeys were roasting in four large Dutch ovens on the kitchen hearth. This fireplace was presided over by the grumpy cook known as Barb. The kids, for good reason, have stayed away most of the time, but even the crankiest can’t always stop the kids from walking.

Sally, the other cook, was working on the fireplace in the living room. She got along well with the children, but even today she was getting a little angry. And not to be surprised! The kids run every few minutes and walk down the long alley to the main street

drive to see if the wedding party is coming, then walk in, slamming doors and looking for clean floors. Sally’s cooking was mostly done in kettles hanging from the crane. Barb, needing a little more space to cook, moved a turkey to the other household. Nothing was said to Sally about watching him.

â€œThey are coming, they are coming! some of the children shouted. Everything was buzzing, then Barb hastened to bring the turkey back from the living room fireplace. The living room didn’t hold back the crowds, and Sally, too, was storing her kettles in the kitchen.

Alas! Before Barb barely entered the room, the characteristic smell of searing turkey met her. There, next to his oven, two small culprits were popping corn in the ashes. They had raked embers too close to the oven. â€œYou burned my turkey! Barb yelled at Sally, as she walked out of the room with the steaming oven. â€œYou burned it yourself,â€ Sally retorted. â€œYou burned it! You let those kids play in the fire, â€barb shouted. Back and forths stole the accusations and denials as the wedding party approached the front door.

Suddenly, Barb tore the steaming oven from the kitchen hearth where she had placed it, rushed to the now open door to let out the burning smell.

“Alright, let the turkey suffer!” She almost cried, slamming the kitchen door violently as the wedding party entered through the front door.

John and Eleanor (Ralston) Wickerham saw all but 3 of their children die and 7 of them died before the age of 6. What heartbreak! The newlyweds, Wm and Mary Jane (Davis) Ralston had eight children and have lived their entire lives in Scott Twp., Adams Co., Ohio. Wm was a farmer / stonemason and served during the Civil War. Mary Jane died in 1880, at the age of 38. Wm remarried in 1885 and had 3 more children. They are buried in the cemetery of Tranquility.

Written in the late 1950s and early 1960s by Lena McCoy Mathews (1893-1988) and transcribed for The Defender by Joyce Wilson. Look for more story in future issues of The People’s Defender.

Kim Kardashian West in wedding dress has fans confused, hopeful and irritated at the same time