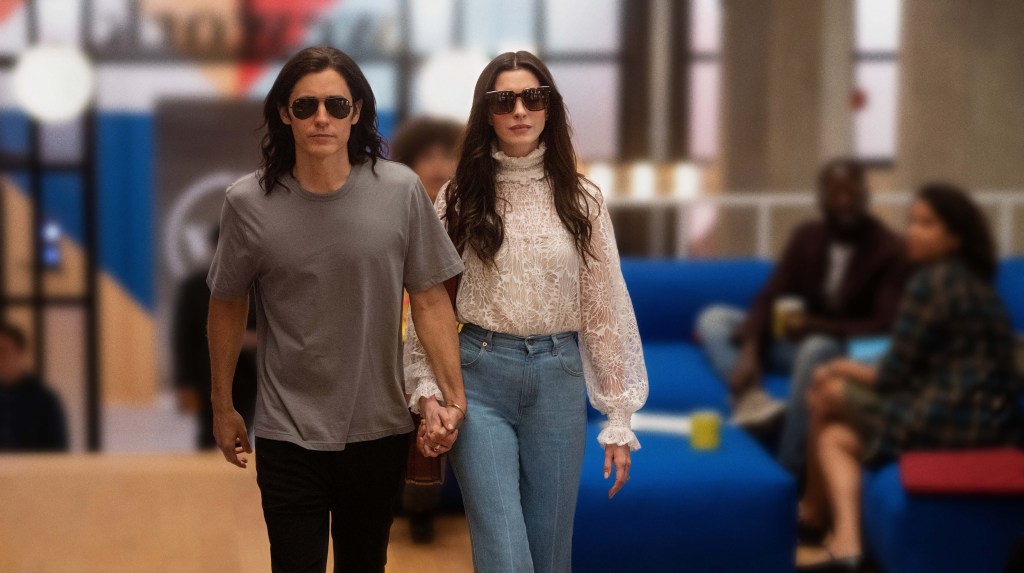 The “train wreck” storyline is played out to the end in “WeCrashed,” a new AppleTV+ drama about the spectacular rise and fall of We workthe groundbreaking co-working space startup that died out in historic Wall Street fashion to the tune of billions.

The series, based on the Wondery “WeCrashed: The Rise and Fall of WeWork” podcast, features Jared Leto as an Israeli-born “serial entrepreneur” Adam Neumann. After a brief flash-forward scene to September 2019 – when shit hit the fan – it’s back to 2007. Adam sells a line of collapsible heels for women’s shoes and “Krawlers” pants for babies – and fails miserably. His vision for shared shared living space (in the mold of the “Big Brother” house with no bells and whistles) also hits a dead end until he meets architect Miguel McKelvey (Kyle Marvin) and finds himself ‘they ponder the co-working space scenario – just like Adam meets yoga teacher Rebekah Paltrow (Anne Hathaway), whose part-time acting career pales in comparison to her famous cousin Gwyneth.

It is difficult to understand this Rebecca sees in Adam – he pursues her relentlessly, traveling into stalker territory – but they fall in love. After a series of business hiccups—shady investors, non-starters, money troubles—Adam and Miguel open their first co-working space, Greenspace, in Brooklyn, an open-plan layout with a cafe, ping-pong , etc which they’re selling for $500,000 — using that money and a million dollar wedding gift from Rebekah’s suspicious father to open their first WeWork space in SoHo in 2010.

Soon the money is pouring in, Rebekah is pregnant, WeWork is expanding (eventually worldwide) before it all came crashing down in 2019 after a damning Wall Street Journal article prompted board members of the company to fire Adam ahead of a planned IPO and WeWork loses much of its $47 billion valuation.

There’s a lot more to the story, of course – especially the hubris of Adam and Rebekah – and it’s featured in the eight-episode series in which you’ll also meet key players in the story, including Cameron. Lautner (OT Fagbenle, “The Handmaid’s Tale”), who is trying to get the company back in shape for its IPO, young entrepreneur Elishia Kennedy (America Ferrera), whose life is thrown into chaos after joining WeWork and Anthony Edwards as a powerful board member.

Oscar winners Leto and Hathaway (both executive producers) play unglamorous or admirable roles, given the way Adam and Rebekah are portrayed (everything goes to their heads, although their love and belief one in the other are inexorable). I found it a little hard to believe that Rebekah would fall for Adam – as Leto describes him, he’s charismatic, but also snarky and obnoxious – and Leto’s accent sounds more Italian than Israeli (it’s distracting) .

“WeCrashed” is a cautionary tale about the excess and greed we’ve seen too many times before – and probably will see again, as these financial misdeeds mixed with all-too-human weaknesses often seem to go unnoticed (and unchecked) in the world. world of high-stakes entrepreneurs. But hey, that makes for a good story.