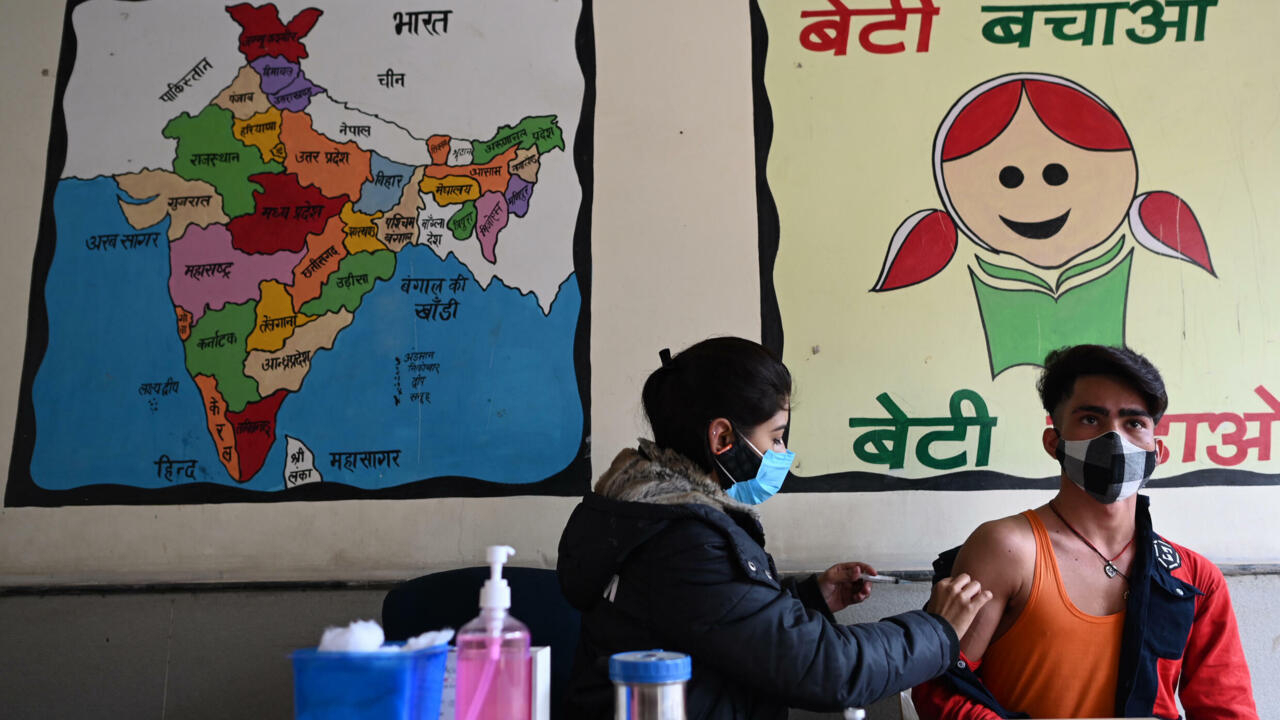 New Delhi (AFP) – India extended the Covid vaccination to adolescents aged 15 to 18 on Monday, after authorities tightened restrictions in major cities to avoid a repeat of last year’s devastating epidemic.

More than 200,000 people in India have died in a huge spring wave of Covid that overwhelmed hospitals and crematoriums.

Health workers have since administered more than 1.4 billion doses of the vaccine, but less than half of India’s population is fully vaccinated, according to government data.

Hundreds of teenagers patiently lined up with their parents Monday morning outside a school turned into a makeshift medical center in the capital New Delhi.

“It’s really great to have your first vaccine,” said Soumadeep, 16, after receiving her first dose of Indian-made Covaxin.

“It’s like a New Years gift for the kids.”

Officials have expressed concern over the arrival of the Omicron coronavirus variant and a sudden increase in daily infections, with some of India’s largest urban centers imposing further restrictions last week.

New Delhi and the technology hub of Bangalore are subject to nighttime curfews from 10 p.m. each evening, with bars and restaurants in both cities being forced to operate at half capacity.

Mumbai, the commercial capital of India, has banned public gatherings of more than four people from 9 p.m. to 6 a.m. and restricted wedding ceremonies to 50 guests.

Last year, the Delta variant wave hit after one of the world’s largest religious gatherings, the Kumbh Mela, which drew around 25 million Hindu pilgrims.

This festival, along with the state’s large election rallies, has been blamed by experts for fueling the outbreak.

India has the second highest number of cases in the world, with nearly 35 million confirmed infections.

Its 481,000 known deaths from Covid are the third highest, behind tolls in the United States and Brazil.

But underreporting is widespread, and some studies have estimated India’s true toll could be up to 10 times higher.

India will start rolling out booster vaccines for people over 60 from next Monday.

Despite a record rise in global infections, the Omicron outbreak has seen a less dramatic increase in hospital admissions, fueling hopes that the variant is less severe than the other strains.