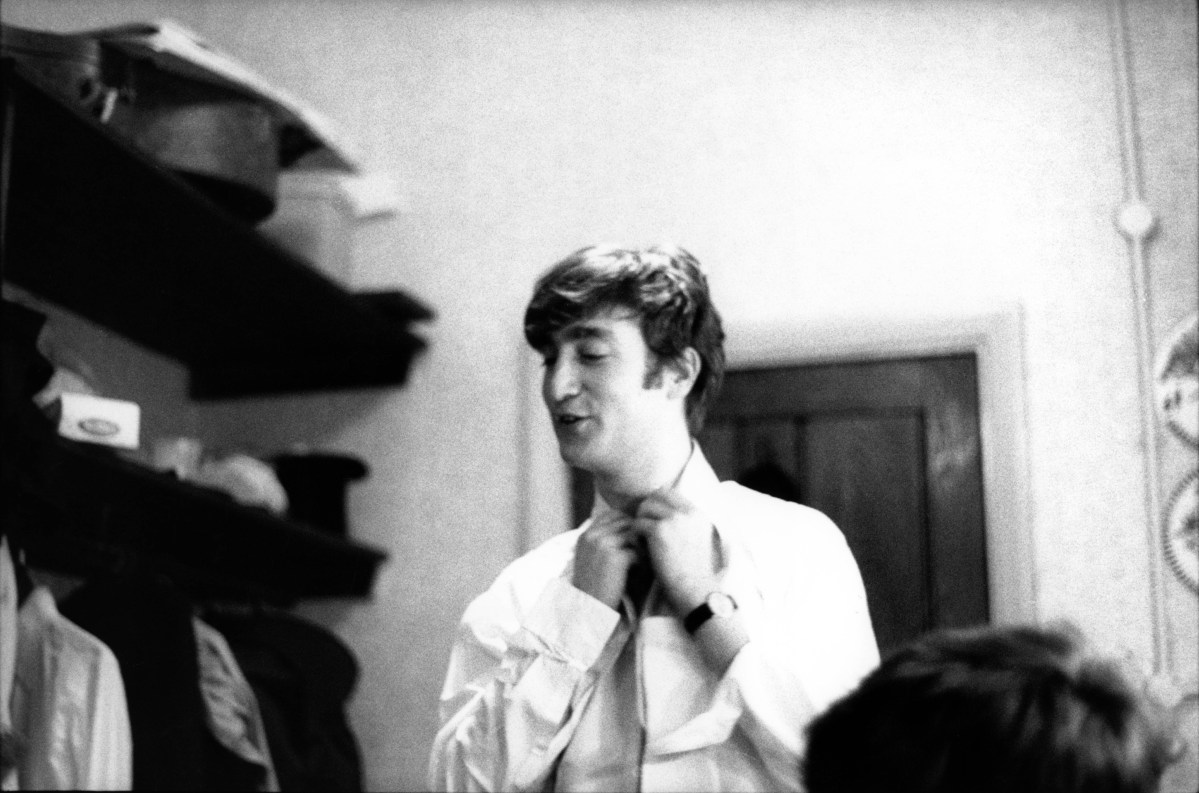 John Lennon’s ex-wife noticed similarities between a Beatles hit and a Christmas card. Cynthia Lennon wrote about a ‘romantic’ gift from her ex-husband in the 2005 memoir John.

John Lennon wrote and performed songs for the Beatles

John Lennon is one of the songwriters of “I Want To Hold Your Hand”, “Twist and Shout” and “Hey Jude”. He appeared in The Beatles with John Lennon, George Harrison and Ringo Starr. Some originals shared themes with other aspects of Lennon’s life.

John Lennon of the Beatles wrote ‘I love you, yes, yes, yes’ on a Christmas card to Cynthia Lennon

Prior to the formation of the Beatles, Lennon began his relationship with classmate Cynthia Powell. In her 2005 memoir, Cynthia Lennon detailed some of the highlights of her relationship. This includes “romantic” gifts and thoughtful notes from the musician.

“For our first Christmas he drew a card with a picture of me in my new shaggy coat, standing across from him, our heads together, his hand on my arm. He was covered in kisses and hearts and he wrote : “Our first Christmas, I love you, yes, yes, yes”, wrote Cynthia Lennon.

“A few years later he used the same idea in one of the early Beatles hits,” she added, “‘She loves you, yeah, yeah, yeah.'”

“She Loves You”, written by the McCartney-Lennon duo, was released in 1964 Squirm and shout. It was one of the first albums released by the Beatles, after they officially parted ways with the Quarrymen and added Ringo Starr to their line-up.

“On the back of the card he wrote: ‘I hope it won’t be the last.’ I loved this card and kept it on display in my bedroom,” she wrote. “She Loves You” remains one of the Beatles’ most popular hits, with over 130 million of Spotify streams.

“John and I wrote it together,” McCartney said of the track, according to The Beatles Wiki. “We were in a van somewhere in Newcastle, and we had just gone to our hotel.”

“I originally had the idea of ​​doing one of those response songs, where two of us sing ‘she loves you…’ and the other kind of says the ‘oui, oui’ track. You know, ‘yeah yeah’ when responding to whoever says it,” he continued. “But we decided that was a bad idea anyway. But then we had the idea to write a song called “She Loves You”.

The rock band released a Christmas song in the mid-1960s, “Christmas Time (Is Here Again)”, also releasing special Christmas mini-albums every year from 1963 to 1969 and distributing them to fan club members. As a solo artist, Lennon released “Happy Xmas (War Is Over)” with partner Yoko Ono. Now the song has over 370 million Spotify plays.

RELATED: Do the Beatles have a Christmas song or a holiday album?