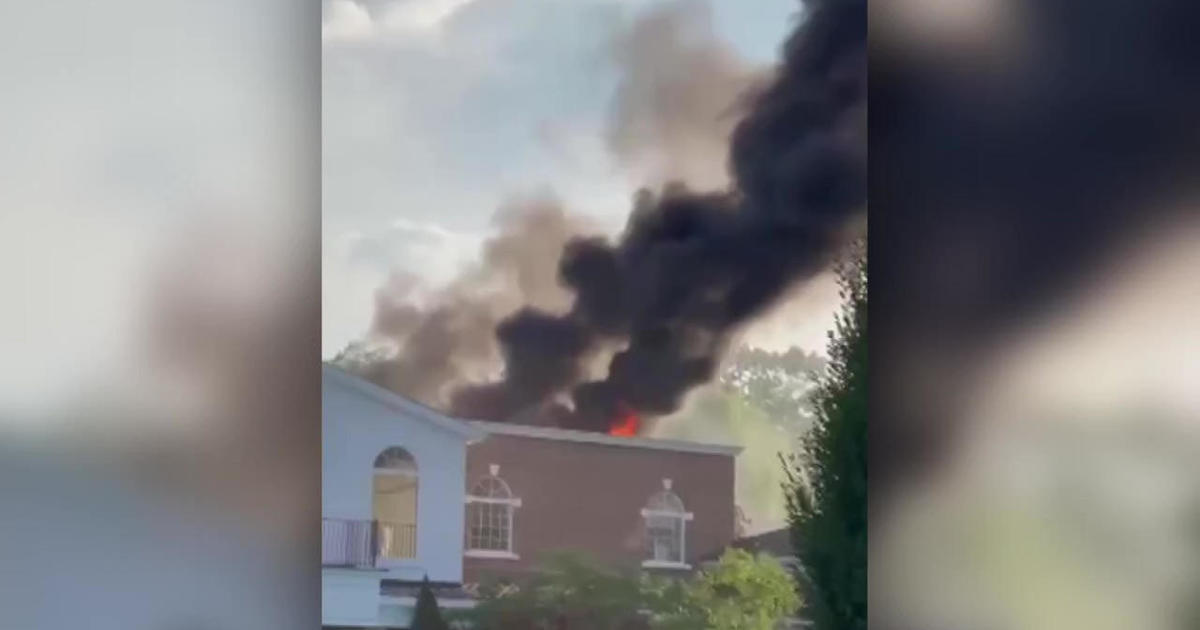 ROCKLEIGH, NJ — Imagine the day before your wedding, a fire ravages your room. It could have been many brides’ nightmare when it happened in northern New Jersey this past weekend.

But as CBS2’s Jenna DeAngelis discovered on Monday, some couples were still able to have their “happily ever after.”

When the fire broke out at the Rockleigh on Thursday evening, smoke and flames were billowing from the building, which was evacuated just before a wedding.

Seeing this, Danica DeVito had to brace herself.

Her wedding took place two days later and the establishment was the location of her dreams.

“Thursday they pretty much told us there was a fraction of a chance a wedding would happen, then Friday afternoon it turned into 50%, and I had a lot of hope. But I didn’t want to have too much hope,” DeVito said.

Soon after, crews from The Rockleigh began working around the clock carrying out repairs. Most of the damage occurred in the boiler area and on the upper floor.

“Within hours, literally hours, there were 50 people in that building and a plan was in place of exactly what to do,” said Michael Subarsky, the site’s business development manager.

The workers rebuilt, repainted, cleaned and aired the space.

The venue had to close on Friday, but helped move events to other venues. DeVito didn’t want to move and held out hope for Saturday.

“The owner contacted us and said, ‘We’re having the wedding tomorrow.’ It was like the best feeling ever,” DeVito said. “It was amazing that we came in on Saturday. If you had never told me there was a fire, I would have no idea.”

When asked how the wedding went, DeVito replied, “It was awesome. It was like the best night of our lives.”

“It’s an example of what could be done, of what’s possible when it seems impossible,” Subarsky said.

“It was totally worth it, and now it’s a great story now, and so happy to add that ending that we wanted,” DeVito added.

The venue has booked weddings all week and says they will go ahead as planned.

The fire broke out just before another wedding, which could not take place as the building was evacuated. The venue says it works with these newlyweds and that pleasing them is a priority.

Jenna DeAngelis is an Emmy Award-winning journalist. She joined CBS2 News as a general assignment reporter in March 2018.

How to Stay Protected From Lurking Student Loan Scammers