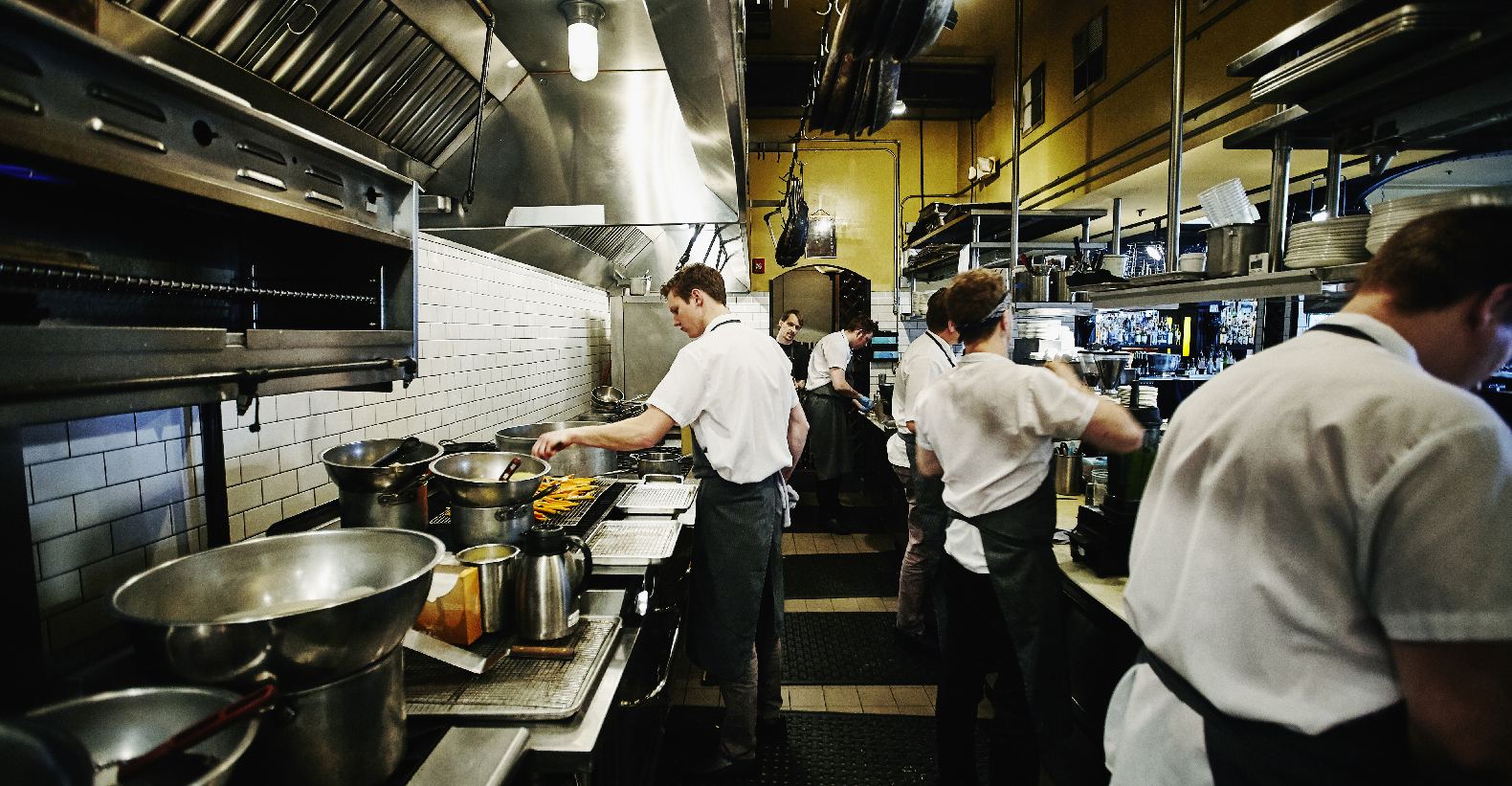 Although people have returned to real in-person conferences in recent months, remote communication via video chat remains a convenient and cost-effective way for people to exchange ideas, and six channel business leaders restaurants recently did this for the purpose of generating ideas. seminar called Menu Improv.

They generated dozens of ideas for sponsor Johnsonville Foodservice on how to use the company’s original sausage and chorizo ​​strips, which were presented to foodservice earlier this year.

The Menu Improv session was part of the ongoing CREATE: The Future of Foodservice program, produced by Informa Connect’s Restaurant & Food Group, which includes a series of webinars as well as an annual in-person conference held in Denver on October 10. 4-6.

Johnsonville Foodservice is a founding sponsor of Create.

This was the second Menu Improv session sponsored by Johnsonville. A previous one took place in summer.

The session was moderated by recipe designer and cookbook author Stacey Ballis, who began by asking participants to think about which ingredients go well with the two products.

For the original sausage strips, which have traditional sausage flavors such as sage, Johnny Yoo, business manager for innovation at IHOP, suggested tomatoes. Carron Harris, senior kitchen manager for Papa Murphy’s, suggested mushrooms. Steve Goodwin, senior director of cooking, research and development for Texas Roadhouse, said the strips would go well with cookies, and Jamie Carawan, vice president of branding, menu and cooking for Buffalo Wild. Wings recommended them in a shepherd’s pie.

Ballis then asked them to think of classic dishes that the original slats could be substituted for.

Yoo suggested putting it in a corn chowder. Harris recommended him as a substitute in a BLT.

Goodwin said it would be good to wrap roast chicken, while Carawan put it around a Sonoran hot dog, Meyer suggested putting it in a ragù while Laker mixed it with mac and cheese.

For the chorizo, Yoo said it would be good in the Chinese rice porridge congee with poached eggs, Harris recommended it wrapped around a filet mignon, Goodwin suggested it over nachos, Carawan the put in fried rice, Laker put it in queso dip, and Meyer added to a breakfast burrito.

ext Ballis asked the group to imagine dishes using improvisation techniques, starting with suggestions for different cooking techniques, ingredients and audiences, and asking chefs to come up with a dish that suits them.

So Meyer, who gave spinach, eggs and pan to a millennial customer using the original strips, came up with an omelet for brunch with those ingredients along with caramelized onions and feta.

Harris, given brioche, mayonnaise, brie, and pastry for the health conscious using the original strips, considered using the mayonnaise lightly on the brioche with brie and the strips of sausage to make a sort of grilled cheese, but cooked instead of pan-fried, with tomato and bean sprouts added to give it a healthy halo.

For a dish with chorizo ​​strips with beef, cheddar and pico de gallo, using smoking as a technique for Gen-X customers, Carawan imagined a smoked barbacoa taco with pico de gallo and cheddar topped with chorizo. Grilled.

Yoo, served in a mole sauce, squash seeds, black beans and braised in a gourmet setting with chorizo ​​strips, imagined braised clams with chorizo, a mole-black bean purée on the plate topped with candied pumpkin seeds.

Then, in a quick round, the chefs suggested dishes for different times of the day.

For breakfast with the original strips, they offered maple glazed French toast with the strips, a Bloody Mary topping, a breakfast sandwich with eggs and cheese, chopped and added to the waffle batter, and replacing bacon in a BLT with strawberry jelly, melted American cheese and an easy egg too.

For the chorizo ​​for breakfast, we put it in a quiche Lorraine, tacos and burritos for breakfast, as part of a Scottish egg, in a pancake topped with a mixture of hot honey and maple syrup, or in scrambled eggs.

For brunch with the original strips, they added it to a classic fried bacon salad with a poached egg, a potato and onion scramble finished with Sriracha sour cream, a burger with the strips and a fried egg on a brioche bread, a frittata, a mince and on toast with eggs, tomato and feta. 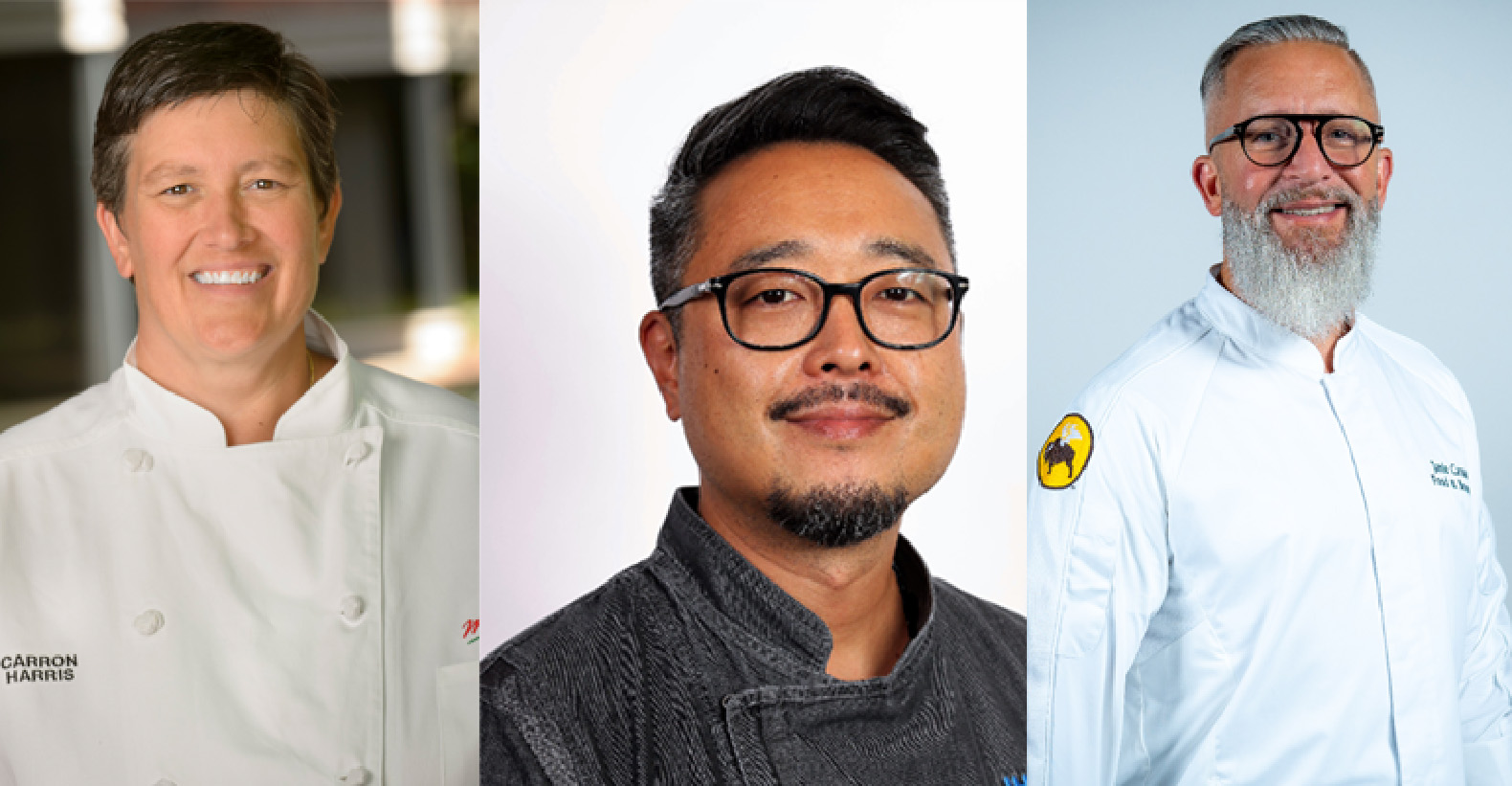 With chorizo, they suggested a kale and white bean soup, toad in the hole (sausage baked in Yorkshire pudding), in a pancake topped with chipotle hollandaise sauce, prawns and oatmeal with shrimp coated in chorizo ​​and an egg on top, and with pumpkin, caramelized onions and toast.

For lunch, the original strips were suggested on an oyster po ‘boy, in a cobb salad with fried strips, in a Monte Cristo, in a turkey and avocado club sandwich, as a base for a stew. oxtail and on a flatbread with cheddar, green peppers and bacon.

The chorizo ​​was recommended in a midday white clam pizza, on a burger with green peppers and smoked cheddar, in a mixed green salad with pumpkin seeds and tortilla strips in a citrus and chili vinaigrette , a quesadilla and baked in cornbread.

For the mid-afternoon snack, Yoo suggested dehydrating the soundtracks, crushing them to dust, and mixing them with nuts or popcorn. Harris recommended it in a wedding soup. Goodwin imagined it in an empanada. Carawan suggested baking the strips with brown sugar, black pepper, and chili and offering them as a bar snack, and Laker put them in jalapeño poppers. Meyer suggested skewering them with vegetables.

Chorizo ​​snack recommendations included in egg rolls or taquitos, as a filling for a Negroni, crumbled over avocado toast and baked in a corn cupcake with brown sugar buttercream.

For dinner, the original strips were suggested in an orecchiette pasta with raab broccoli, in a chicken and white bean chili, and made and used in the base of an okra.

The chorizo ​​has been visualized in a Thai laab salad, wrapped around a smoked pork butt for street tacos, mixed with Ritz crackers and stuffed with shrimp, and as a replacement for ham in Chicken Cordon Bleu.

For dessert, the chorizo ​​was recommended as a crispy topping crumbled for a Brandy Alexander, or candied and sprinkled on a Mexican chocolate lava cake. The original strips could be smoked and put into a bourbon pecan pie, the chefs said, or they could be candied, dipped in milk for a custard and topped with a floating meringue and crumbled candied sausage on top. .

Finally, the chefs collaborated on a “haiku recipe”, a recipe in three lines.

We started by dehydrating and pulverizing the original strips, then mixing them with flour to bread a chicken breast, then frying it and serving it with a cream sauce.

Along with the chorizo, the strips were wrapped around the pineapple, baked in the oven and then turned into an inverted cake.