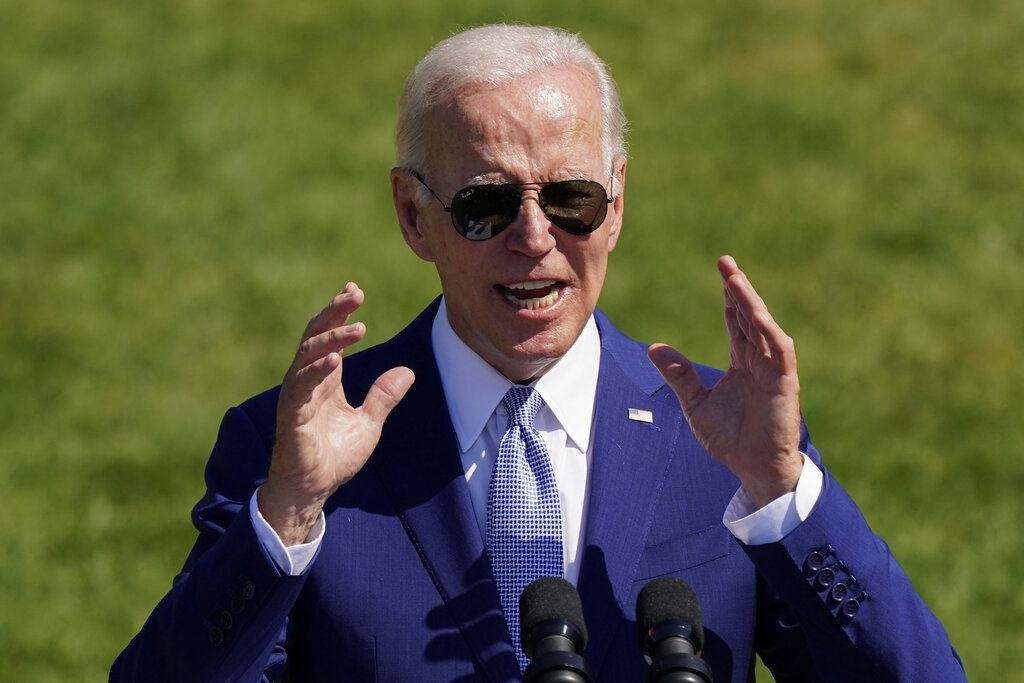 Biden prepares his bow to China

Joe Biden is expected to gift Chinese Communist President Xi Jinping a box of Snickers when they meet at an Asian conference in Bangkok in November.

While the candy gift would in no way represent an official U.S. apology for Nancy Pelosi’s visit to Taiwan that upset Communist Chinese so much — or Senator Eddie Markey’s follow-up visit — the Chinese would get the message.

It would be like Biden’s appeasement decision, bowing to the Chinese Communist Party (CCP) by postponing routine testing of the Minuteman III ballistic missile as China threatened to invade and fire rockets off Taiwan.

The same goes for Biden’s misnamed Democrat-backed Inflation Act. Under the guise of tackling climate change and renewable energy, the law is an economic boon to the Chinese who control the world’s supply of rare minerals such as lithium that goes into making batteries for electric cars.

No word was spoken, and no word was needed because Biden’s message to the Chinese is clear.

And the message is that Joe Biden doesn’t want to rock the boat with China because the “Big Guy” is just as beholden to the communist zombies who run China as Mars Wrigley, the American candy giant who makes Snickers.

Mars Wrigley, like many other American companies, depends on the Chinese for its business. In addition to Snickers, it sells many other confectionery products like Twix, M&M’s, Lifesavers, Juicy Fruit, Milky Way, to name a few.

That’s why the candy maker – like so many other American companies doing business with China – was forced to apologize to the Chinese for referring to Taiwan in an advertisement as a country and not, du least in the eyes of Communist Chinese, as a breakaway Chinese province. .

You play by their rules, or you don’t. So happy chewing, Xi.

No sooner had Mars Wrigley released a video saying Snickers was available in the “countries” of South Korea and Malaysia and Taiwan, than the Chinese erupted in anger and demanded an apology.

Instead of snickering at the request, Snickers, like many other American companies, folded. The confectionery company said, “Mars Wrigley respects China’s national sovereignty and territorial integrity and conducts its business activities in strict compliance with local Chinese laws and regulations.

The confectionery company is doing nothing different from what other American business interests are doing in yearning for China, despite the Chinese Communist Party’s vow to overtake the United States as the world’s number one superpower.

American apparel companies like GAP, for example, can’t even sell T-shirts in China unless they toe the line. GAP recently had to apologize for selling China-branded T-shirts that didn’t include Taiwan.

Recall how the NBA’s Houston Rockets were forced to apologize after its general manager Daryl Morey backed protesters during China’s premature takeover of Hong Kong.

In its apology to the Chinese, the NBA threw Morey under the bus, saying he “undoubtedly seriously hurt the feelings of the Chinese fans.”

However, no mention was made of the feelings of the Hong Kong protesters, many of whom were beaten and arrested.

Today, Hollywood couldn’t even make a movie like the 1966 classic “The Sand Pebbles,” a film about a 1926 American gunboat mission to rescue stranded American missionaries in war-torn China.

The CCP’s stated intention is not just to surpass the United States as the world’s leading nation, but to do so from within and without even firing a single shot. And Biden is their scapegoat.

How pathetic are we?

Jamie Dimon, the billionaire CEO of JP Morgan Chase, the country’s largest bank, recently apologized to the Chinese for cracking a joke in Hong Kong about the bank’s survival against the Chinese Communist Party.

After the Chinese went ballistic over the joke, Dimon apologized, saying “I’m sorry and I shouldn’t have made that comment.” He added: “It is never right to joke about or belittle a group of people, whether it is a country, its leaders or any part of a society and culture.”

Peter Lucas is a veteran journalist and political columnist from Massachusetts.

How to use your Scotland Loves Local Glasgow Gift Card