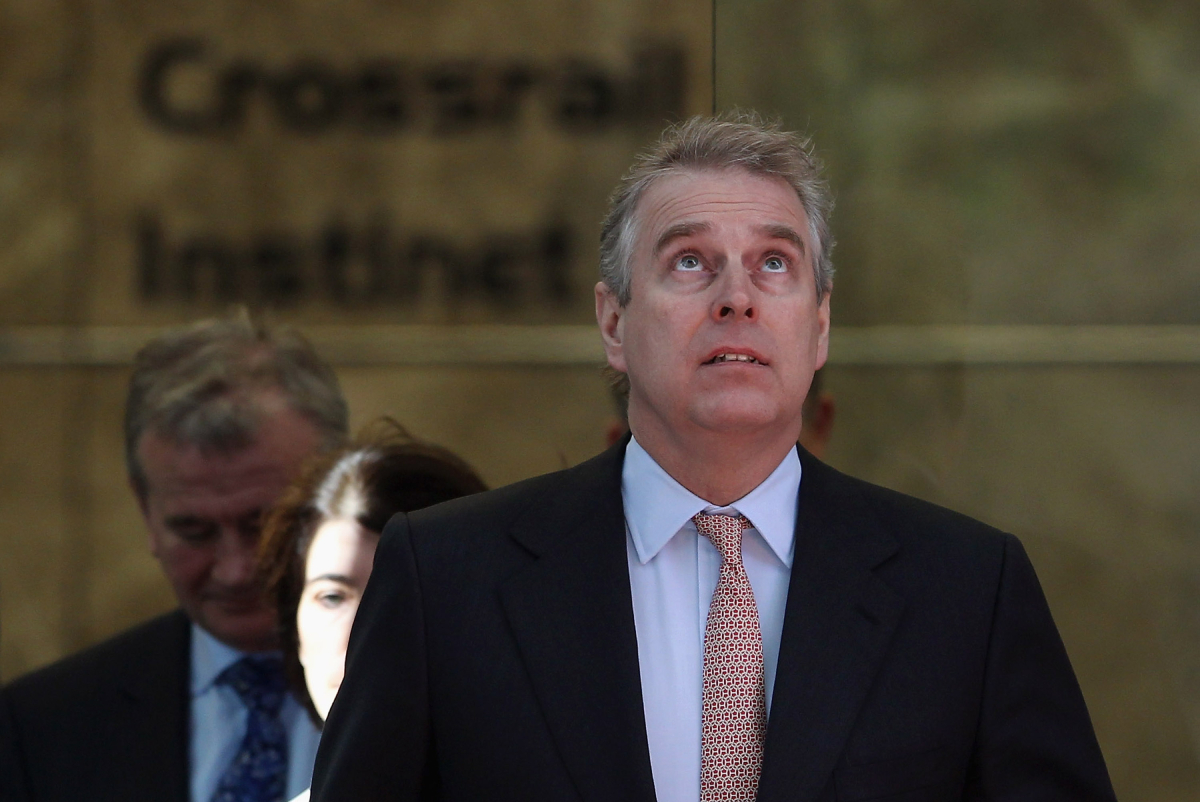 As the Royal Watchers demand Prince Andrew lose his title, the Duke of York is embroiled in another Jeffrey Epstein scandal

Prince Andrew’s involvement in the Jeffrey Epstein sex trafficking scandal continues to damage his royal reputation. After settling the civil case brought against him by Virginia Guiffre – who alleged the Duke of York sexually abused her when she was 17 – Andrew is now facing calls to lose his titles. And, he just got dragged into another Epstein-related case.

Andrew’s settlement with Guiffre was not an admission of guilt, as he repeatedly denied her claims. But it was not a good look for the prince, and his involvement in the Epstein scandal destroyed his career as a senior royal.

He was stripped of his royal duties and essentially out of public view. But now Labor MP for York Central Rachael Maskell wants Queen Elizabeth to strip Andrew of the Duke of York title.

Maskell recently introduced a ‘title removal’ bill which would give Her Majesty new powers to remove titles. It would also allow a committee of parliament to determine whether someone can be stripped of their title. Currently, the Queen is not allowed to take the Duchy away from Andrew, which she gave him as a gift for his 1987 wedding to Sarah Ferguson.

When introducing the bill, Maskell cited a local newspaper survey from earlier this year which showed that 80 per cent of York residents wanted the Duke of York no longer associated with the city.

City of York wants no connection to disgraced prince

“Despite much public outcry, Prince Andrew continued to wear his title Duke of York, even after many of his other titles were removed by the Queen,” Maskell said. Express. “The bill will fill a gap in the law and allow this title to be removed.”

This bill is just the latest move by local politicians to disconnect from Prince Andrew. In April, York City Council voted unanimously to revoke his city freeman status, which they had given him as a wedding gift 35 years ago.

“York is a city of human rights and the locals made it clear to me in February that they wanted the title of Duke of York stripped from Andrew, the Queen’s second son, following revelations about his personal affairs,” Maskell said.

She noted that the city has “sought to explore ways” for Andrew’s Duchy to be done away with, but that’s just not possible without new legislation.

“For months now, York as a city has been calling for an end to its association with Prince Andrew. Having explored all other avenues, it is clear that an Act of Parliament is the only way to achieve this,” Maskell said.

Prince Andrew is embroiled in another Jeffrey Epstein scandal

As Andrew faces a complete stripping of the title, he is embroiled in another case related to the Epstein scandal. A 28-year-old woman named Caroline Kaufman has come forward claiming Epstein raped her in December 2010 when she was 17. And, she says Prince Andrew was there that same night.

Kaufman’s legal team said Andrew was visiting Epstein at his Upper East Side home in New York the same night she was assaulted. They request a statement from the Duke for the case as he is a potential witness. However, Andrew faces no new allegations of wrongdoing.

Amazon will pay you to buy, we’re serious

CBDT Notifies Exclusion Of Gift Cards, Loyalty Points And Others From Crypto Tax, Bitcoin Down 6%