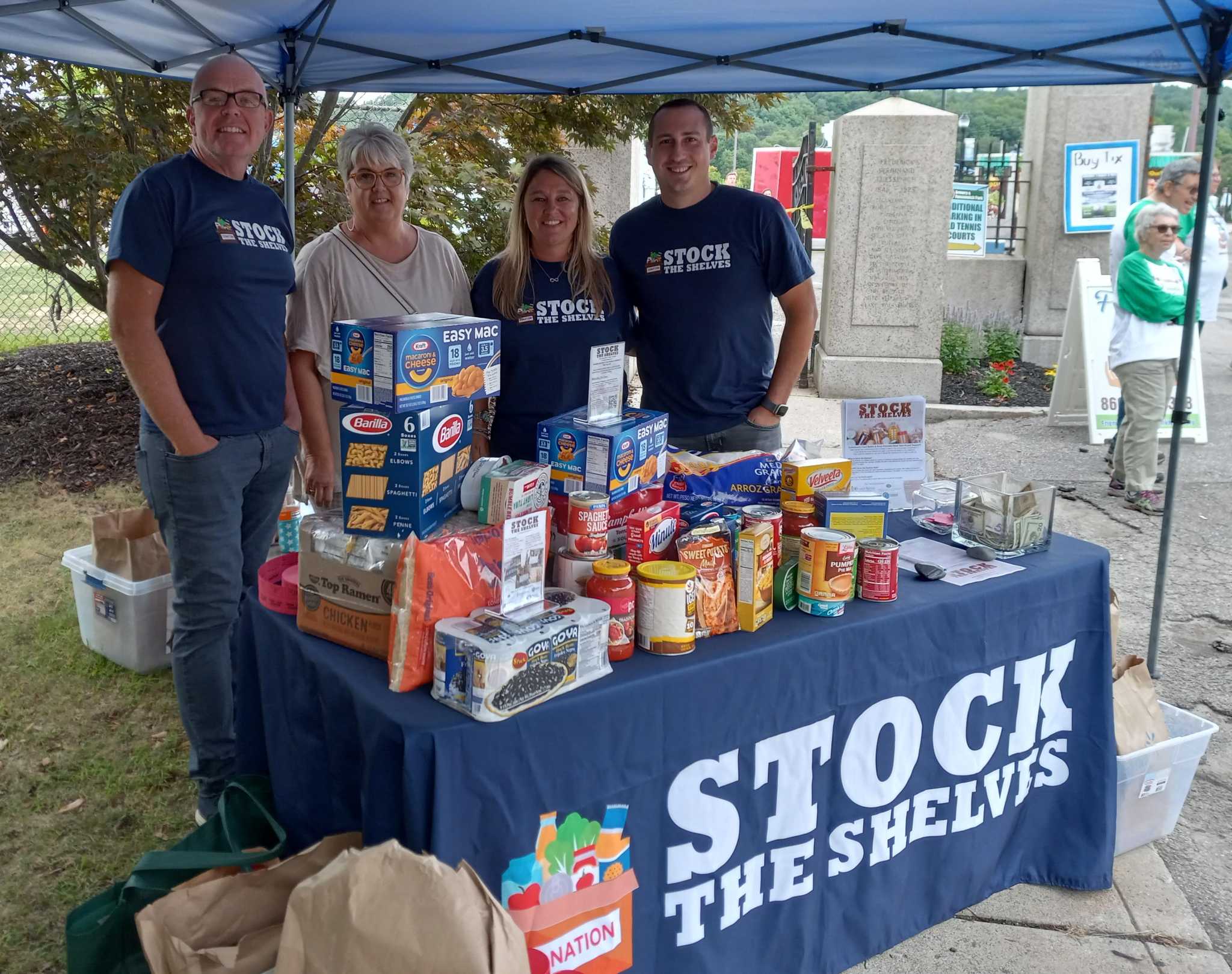 TORRINGTON — The Stock the Shelves volunteer effort, launched in April, aims to keep pantries and soup kitchens stocked with food.

This spring, it was clear that food banks needed help and the demand for food aid was increasing. A group of people, including Jeff Geddes, Lisa Ferris, John Seagrave, Anita Rosa and Lauren Zordan, wanted to help.

“One of our co-founders, Anita Rosa, sat down with Deirdre DiCara, Executive Director of the FISH Shelter at Big Y, and she talked about how low food donations are for the shelter’s pantry,” said Geddes, and said DeCara continually had to go grocery shopping. store to buy the pantry, as there was not enough food to distribute.

“Anita called us almost immediately after that conversation, and we brainstormed together,” Geddes said. “We came up with this plan to complete the pantries, and that’s how we found the 11 pantries and soup kitchens we’re supporting. We launched in April.

Members have organized several events to collect food and donations, and will help any group or organization organize their own food drive.

Stock the Shelves volunteers attended the Friendly Hands Food Bank fundraiser, Homeruns 4 the Hungry, on September 7 at Fuessenich Park, where they set up a table outside the gate and collected food and donations.

“The groups we chose said the need was increasing and the demand was high,” Geddes said. “It’s partly because people weren’t doing food drives anymore, like they were doing during the pandemic. I don’t know if it’s the economy, the cost of food; people in general struggle with their food budget. They don’t have enough left to donate to pantries and kitchens.

Members of Stock the Shelves decided to focus on getting businesses to do repetitive runs, “not just once and for all,” Geddes said.

The Warner Theater is holding a food and donation drive through September, with the box office serving as a designated drop-off location for non-perishables from 10 a.m. to 6 p.m. Tuesday through Friday.

Those who donate 5 or more items will receive a voucher for two movie tickets at Warner.

“If someone like Warner is doing a food drive for the month, we ask them when they want to do the next one,” Geddes said. “Maletta Pfeiffer (physiotherapy practice) on Peck Road has just put a box in their waiting room, and we go there periodically to collect the food they have. We find out what type of collection suits their environment, whether it’s a law firm or a medical office, a manufacturer, whatever it is.

The food drive sponsor does not have to distribute the donations; Stock the Shelves volunteers take care of it.

“We pick it up, sort it, check expiration dates, then package it up and deliver it to the pantries and soup kitchens we support,” Geddes said. “It was fun. I have to say when we started I didn’t know what to think of how it would turn out. But we’re all smart enough and driven enough, and we know how to get things done. And the support of the community has at times been overwhelming.

He said he spoke on WZBG about Stock the Shelves, and a woman called and wanted to organize a food drive in her neighborhood of Litchfield. “So it’s organic growth,” he said. “As the news spreads, there are still people who haven’t heard of us. We want to change that. Everyone in the northwest corner should know what Stock the Shelves is.

On expenses, Geddes said, “Our goal is to have literally no overhead.”

“Nobody gets paid, there are no employees, rent or utilities, and our workspace is donated,” he said. “We want everything, every donation we receive, to be converted into food, or donate cash and checks to food pantries so they can buy perishables, like eggs, milk, butter and meat, things that cannot be given.”

So far, Stock the Shelves has donated a series of $300 checks to each pantry, along with food. Volunteers are welcome; more information is available at stocktheshelvesnwct.org

Stock the Shelves’ next event is a fundraiser on October 5 at the Little Red Barn brewery in Winsted, with discounts on beers for people who donate food or money, and a basket raffle -gift offered by the brewery.

For more information on Stock the Shelves, visit stocktheshelvesnwct.org.

How to tie a perfect bow with a ribbon